Inexperienced trappers will likely trap pets and other non-target animals.
Backlash will ensue

I think people should be prepared for many non-target animals to be taken with snares and traps including pets. It takes years and years for government employees to learn how to properly trap and snare wolves without taking non-target species and there have been incidents where pet dogs have been trapped even by experienced trappers.

Snares are another story altogether. Stories of pet dogs being snared around the neck are heart-wrenching and death ensues quickly. Oftentimes the owners don’t realize what is happening and are unable to release their dogs from these killing devices.

This being said, I think there will be an increase interest in wolf trapping by inexperienced trappers who will trap on or near heavily used trails and roads. I’m sure that you can imagine the bad press that will ensue if this does happen. This is a very misguided decision and it will possibly result in a strong backlash even from those who aren’t paying attention to the wolf debate.

END_OF_DOCUMENT_TOKEN_TO_BE_REPLACED

186 allowed to be taken in an attempt to reduce MT wolf population to between 411 and 488.

This has been in the news for a while but we didn’t report it here because we all have been traveling.

Montana wants to reduce the population of wolves to between 411 and 488. They have decided to allow hunters to kill up to 186 wolves of which 111 could be taken from northwest Montana, 34 in western Montana, and 34 in southwest Montana.

It’s still a very hot debate as was pointed out by the commissioners:

Commissioner Ron Moody of Lewistown described many of the comments as expressing a “narrow, culturally bigoted point of view which expresses an inflexible ideological” contempt for people with other viewpoints. 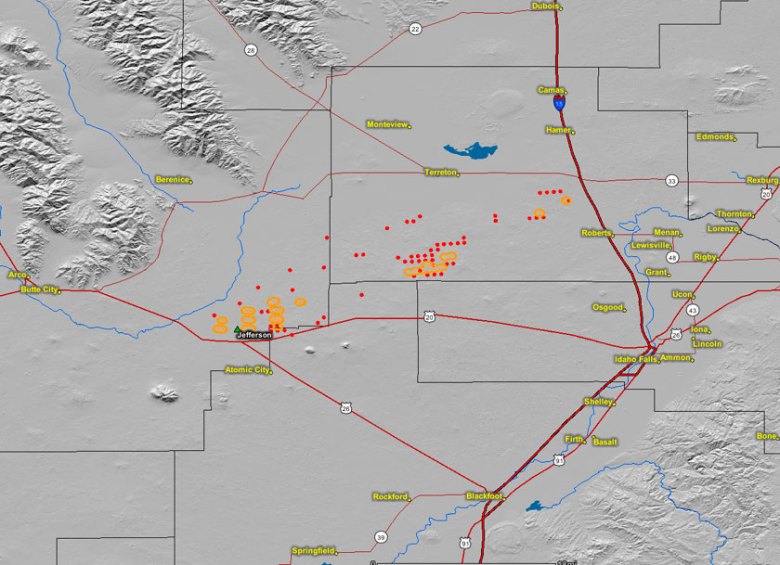 Update on July 15.  This huge fire is still burning!

More photos may be seen here.

Rare grizzly living on the Montana plains likely to be killed

A grizzly bear that was relocated from near Loma, Montana to west of the Continental Divide last year has been recaptured on the plains of Montana after being accused of killing more sheep and some chickens. Authorities have approached the Bear Center at Washington State University to see if they can accept the bear. He will likely be killed if a home cannot be found for him.

A yearling bison on Ted Turner’s Flying D Ranch has been found to have died from anthrax. The bison is not one of the quarantined Yellowstone bison transferred to Turner but this is nearby Turner’s Green Ranch where the quarantined bison are being held. This concern was brought up by those who opposed the transfer that will result in the privatization of 75% of the bison progeny after 5 years.

There was an outbreak on the Flying D Ranch in 2008 which killed more than 200 domestic bison. The Montana State veterinarian Dr. Martin Zaluski doesn’t expect there to be a further outbreak because Turner’s bison have been vaccinated for anthrax.

Two alpha males Mexican gray wolves have been found dead under suspicious circumstances and another collared alpha male wolf is missing. This is a disaster for the struggling population of wolves in Arizona and New Mexico.