Coughing bighorn. That is so ominous!

So our editor, Ken Cole, just got out of the Frank and the Salmon River Mountains. Very interesting news.

An ID Fish and Game helicopter was getting fueled at Corn Creek Bar. The two people in the chopper said they had seen some wolves but none collared. On the trail, Cole found a freshly-killed elk wolves had nailed. The next day he found it had been pretty much all eaten during the night.  He said there’s no way they could collar wolves in the steep country where he was.

Next week Fish and Game is moving into the Middle Fork. Heads up to all the spotters there.

Ken saw lots of deer and elk and bighorn, but one very scary thing about the bighorn — four of them were coughing badly. That was on the slope near the confluence with the Middle Fork.   Has the Montana plague spread into central Idaho? Does anything other than pneumonia cause them to cough?  What a dismal development? He reported his observations to the ID Fish and Game office in Salmon. 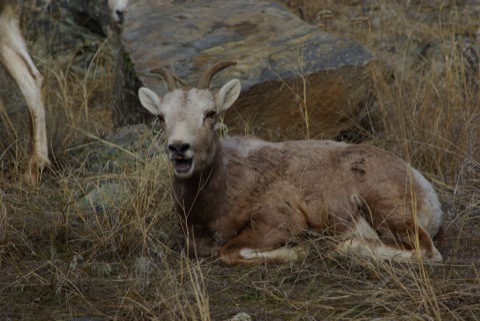 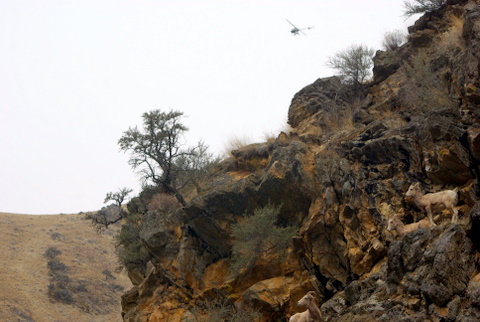