Wildlife Services, the agency that does the killing

“The USDA’s own statistics show that most livestock losses come from weather, disease, illness, and birthing problems, not predation.” 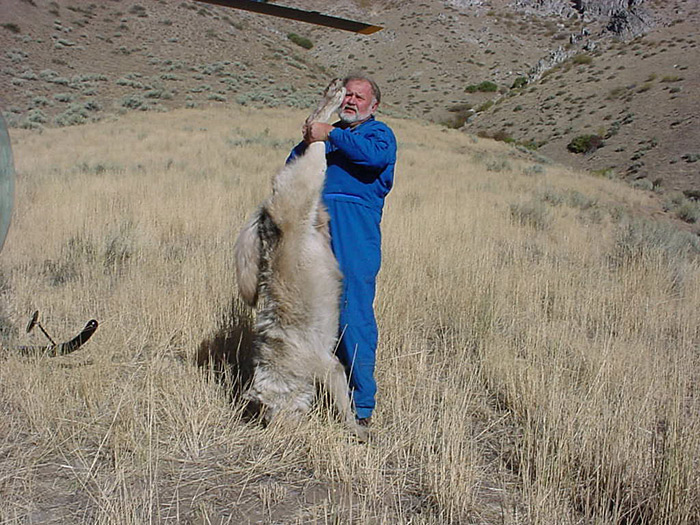 Chuck Carpenter is the district supervisor for central Idaho for the U.S. Wildlife Services.

Homeless on the Range

An article about the ill-conceived bison quarantine program that will likely be turning the majority of the progeny of these bison into privately owned livestock. 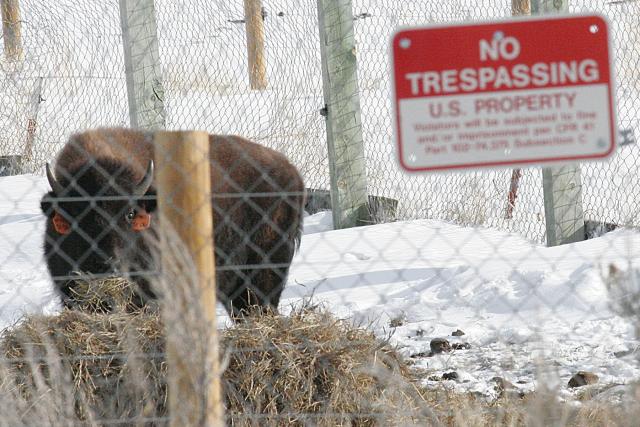 The Montana Fish Wildlife and Parks’ bison quarantine project started several years ago in an attempt to create a brucellosis free heard of Yellowstone bison from captured calves which had been repeatedly tested for the disease. These calves were separated from their mothers who were slaughtered and placed in pastures just north of Gardiner, Montana where they were fed out of troughs. They have no connection to their land and have not been exposed to experienced, older animals so they haven’t learned buffalo social skills. There is a big problem though. The program wasn’t thoroughly thought out, the FWP didn’t have any takers for the bison before the program was started.

The original, and often vaunted, intent was to create herds which would be used to repopulate the western public and tribal lands with genetically pure bison. There is a requirement to keep the bison that leave the quarantined facility fenced away from other animals for an additional 5 years in case brucellosis, a bacterial disease, re-emergerges. That’s expensive and nobody wants to do it so proposals to take the bison have been limited.

Enter Ted Turner. He has offered to keep the bison fenced, at a cost, for five years but he wants 190 of the progeny expected to be produced during those 5 years so that he can improve the genetics of his own commercial buffalo operations. This is the polar opposite of what was originally required of the recipients of the bison. The plans specifically mandated that the bison would not be mixed with hybrid bison and that they would remain in the public trust.

The Montana Fish Wildlife and Parks has said that the other major proposal to take the bison to Fort Belknap is not serious in nature and that they would have to slaughter them if they can’t give them to Ted Turner. They frame the issue as if slaughter is the only other option.