Arizona Game and Fish sued over death of jaguar Macho B 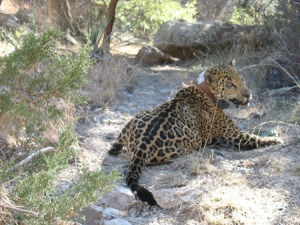 Macho B after being collared

When the last known jaguar to consistently roam in the U.S. died of kidney failure after being captured and collared,  many questions about the legality of the permit to collar Macho B were asked, including a call for a federal investigation.

Now, the Center for Biological Diversity is doing something about it, suing the Arizona Game and Fish in an attempt to get a judge to stop the Department from capturing and collaring imperilled jaguars again.